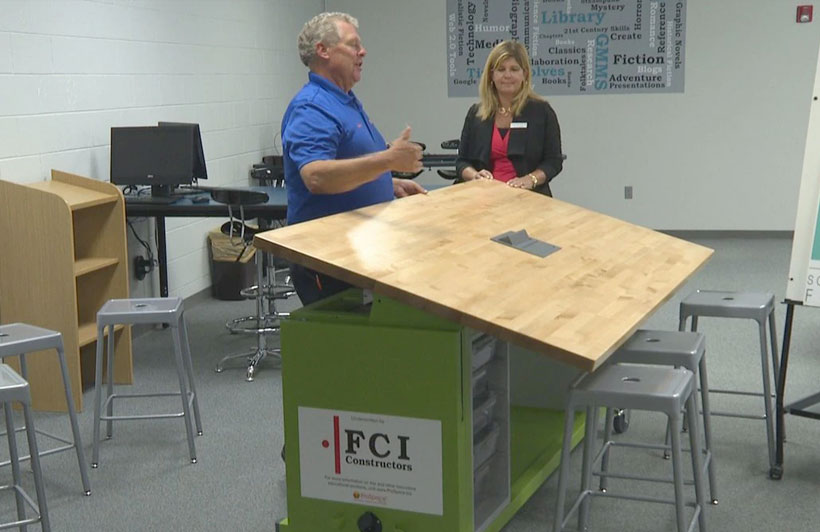 ProSpace Interiors made the donation at an event at Grand Mesa Middle Wednesday afternoon. The MakerSpace unit was also underwritten by FCI Constructors, a Grand Junction-based construction company. According to Grand Mesa Middle School, the new equipment will help students bring their ideas to life. Shane Haas, FCI’s president, says he wants to highlight technical skills and jobs through the donation. According to Haas, “Some kids learn better with their hands, and hands-on, and we should empower them to explore those capabilities and those abilities and develop them. There’s a great need, there’s a great career path, there’s a great wage that can be made in the trades.”

The equipment will be used in Grand Mesa Middle’s technology and media center.